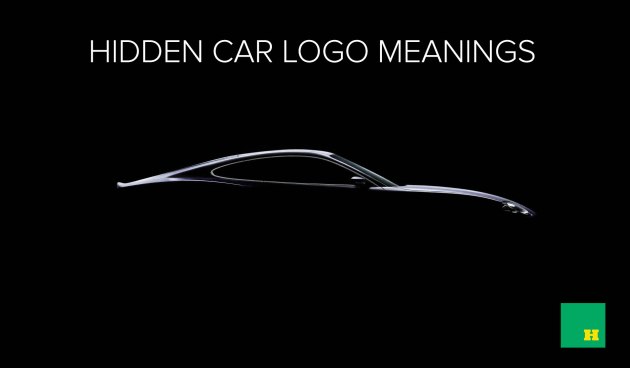 Subaru: There’s six stars in the logo and they represent the six companies that merged to Fuji Heavy Industries. The auto manufacturer of FHI is Subaru.

Mercedes Benz: Represents Gottlieb Daimler’s vision of triumphing over land, air, and sea by having the three pointed star on top of all their factories.

Chevrolet: Represents a bowtie. The bowtie was a design in the wallpaper of a hotel room where the GM founder stayed.

Lamborghini: Ferruccio Lamborghini spent time with a breeder of Spanish fighting bulls. He perceived the bulls as royal in such way that they featured the logo.

Volvo: The founders of Volvo wanted a logo to represent strength. The logo has the resemblance of the symbol of the relationship between Roman God of War and weapons, made of iron.